We’re coming to the end of the tax year and there was something a little bit unusual about this one – it contained 53 pay days, instead of the more normal 52. This could have a small effect on your pay, so we wanted to explain.

Your annual tax-free personal allowance is split into 52 equal amounts and one portion is given to you each week of the year. This is because a year usually has 52 weekly pay days. However, because a year actually has 52 full weeks plus an extra day or two, every so often it works out that there are 53 pay days in the same tax year.

When a 53rd pay day comes along, as will happen this week, there’s no tax-free allowance left to use.

How will this affect me?

Thankfully, HMRC has a process in place to stop this impacting you too much. They add an extra chunk to your 2014/15 allowance, which is then deducted from your 2015/16 allowance. It’s designed to prevent a big drop in your take-home pay this week.

For most people, it means you could end up underpaying around a small amount of tax this year, and paying a bit more each week next year to balance it out. There’s nothing you need to do – it’s all taken care of automatically and we simply wanted to keep you in the loop.

Don’t forget – most people’s personal allowance will increase at the start of the new tax year anyway, so you may well find that you still pay less tax than you paid this year overall.

Will I definitely be affected?

It’s worth noting that not everyone will be affected by Week 53. For example, if we didn’t pay you last week (Week 52) then we’ll process this week’s pay as if it was Week 52. You also won’t be affected if you earn less than your allowance this year (£10,000 for most people). 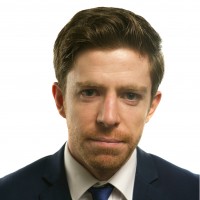 Written by
Ray McGahan
Ray is our chief blogger. He’s part of our comms team, dedicated to bringing you our latest news and views.