Since April 2017, large employers have been required to expose any differences in pay between their male and female employees by reporting certain payroll statistics. The information must be compiled annually and made available on the company’s website for at least three years from the date of publication. These requirements are outlined in The Equality Act 2010 (Gender Pay Gap Information) Regulations 2017, which was introduced with the intention of encouraging employers to work harder to eliminate their gender pay gap.

You are reading the 2018 gender pay gap report for KPPES Ltd. This is the company that employs all contractors who use our payroll and employment service, Key Portfolio. In line with the reporting guidance, the data for this report includes all ‘full-pay relevant employees‘ and is based on the pay period (e.g. the week or month) that included the government’s ‘snapshot date’ of 5th April 2018.

We did not pay bonuses to any employees and therefore there’s a 0% difference between bonuses paid to males and females.

We ranked all of our employees from highest to lowest paid and divided the list into four equal parts. We then compared the proportion of males and females in each pay band. The results are illustrated below: 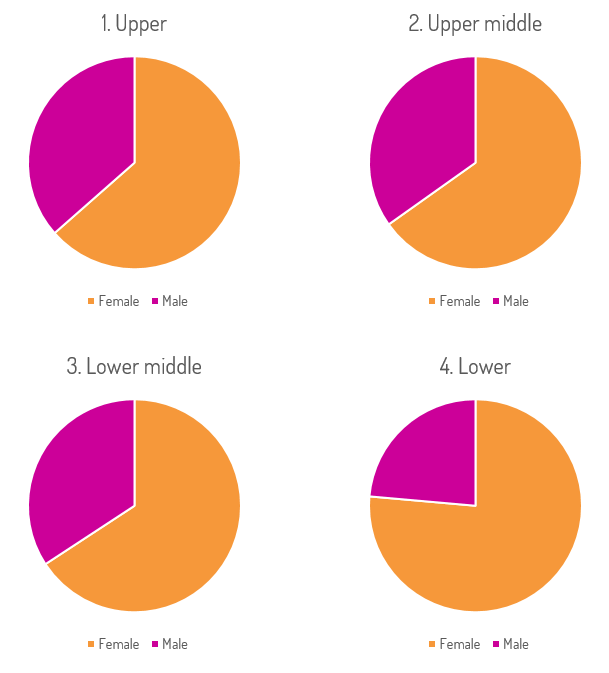 The information in this statement is accurate.